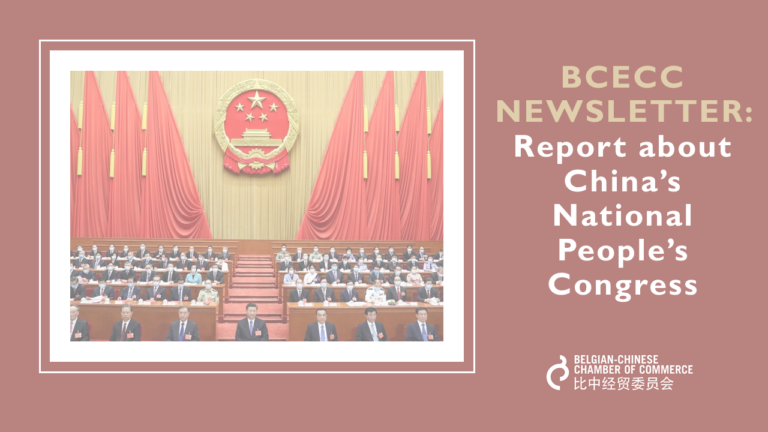 From Friday 5 March to Thursday 11 March, China’s National People’s Congress (NPC) was held in Beijing, also called ‘Two Sessions’. In line with the national COVID-19 prevention and control requirements, the event was mostly virtual and only lasted seven days instead of the usual 10 days.

The Chinese Communist Party (CCP) uses the annual NPC session as a political platform for major policy efforts and to decide on long-term strategies. This year’s NPC is considered quite essential, not only because it’s the first year of this 14th Five-Year Plan, it is also the 100th anniversary of the Communist Party of China.

China’s plan is to open the door to foreign investors which bring leading technologies, advanced manufacturing and scientific expertise to China. This is also called the “dual circulation” development model, which on one side aims to diminish China’s dependence on earnings from export, foreign technologies and suppliers and at the same time stimulate domestic innovation, increase R&D spending and protect core technology supply chains from external shocks. The aim is to become a strong power with high-quality products and technologies. Furthermore, job creation, boosting domestic consumption and supply chain upgrading are economic priorities to push China’s growth in the next five years.

When it comes to international trade, China will continue to promote the development of the Belt and Road Initiative (BRI) and focus on the signing of an investment agreement with the EU (China-EU Comprehensive Agreement on Investment). A next major project is speeding up the negotiations with Japan and the Republic of Korea on free trade and to improve China-US relations.

It is clear that China, the world’s second largest economy, is ready to play a bigger role in the world’s future agenda and to share its achievements with other countries. All developments in China will not only impact China’s economic and social development in the next decades but will have a big impact on a global scale, also for European and Belgian companies.

Foreign companies are expected to enjoy better market access and reasonable treatment as China promises to provide an encouraging business environment for various companies in different industries. This approach will make China’s growth more sustainable and also gives business opportunities to foreign and domestic companies to work together.

Please contact the Belgian-Chinese Chamber of Commerce (BCECC) in case you need more information about the China’s National People’s Congress or for all your China business related questions.