With a population of more than 10 million, Tianjin is the third largest city of China. It is also the largest coastal city in northern China and the major seaport to the nation’s capital. It is the primary industrial, commercial and economic centre of North China, rivaling with Shanghai in the south. Along with Beijing, Shanghai and Chongqing, Tianjin is an autonomous municipality and a part of the Bohai Bay Economic Rim, one of the three biggest economic regions in China.

The Bohai Bay Economic Rim includes Beijing, Tianjin and areas in Hebei, Liaoning and Shandong, which surround the Bohai Sea. As an economic zone, it is easier to do business there than in any other part of China, as it is foreign-orientated and gives more support to Western businesses than to the areas which are not part of it.

Tianjin is one of the fastest growing large cities in the world and has the highest GDP per capita income in mainland China. Although the international financial crisis spread rapidly and the speed of world economy growth is slowing down, Tianjin economy still maintains at a steady and fast growing speed.
The economy of Tianjin is much diversified and comprises many sectors, including:

While Tianjin is mainly famous for its manufacturing and technological prowess, it might also become China’s largest financial centre thanks to the development of the new district of Binhai, located at the junction of Shandong and Liaodong peninsulas. The Binhai New Area occupies a core position in the Bohai Economic Rim and has abundant natural resources, a comprehensive traffic network composed of highways, railways and shipping routes, which connects the area to China’s various regions and the outside world. It is home to 219 Fortune 500 companies and to enterprises in the field of industries and services, as well as to several engineering and technical research centres and universities. The main free market zone in Binhai is the Tianjin Economic-Technological Development Area (or TEDA). After relentless efforts to become a better place for investment, it is now one of the most alluring investment areas in China and even in Asia. Densely populated and easily accessible, the Bohai Area offers enormous market potentials. 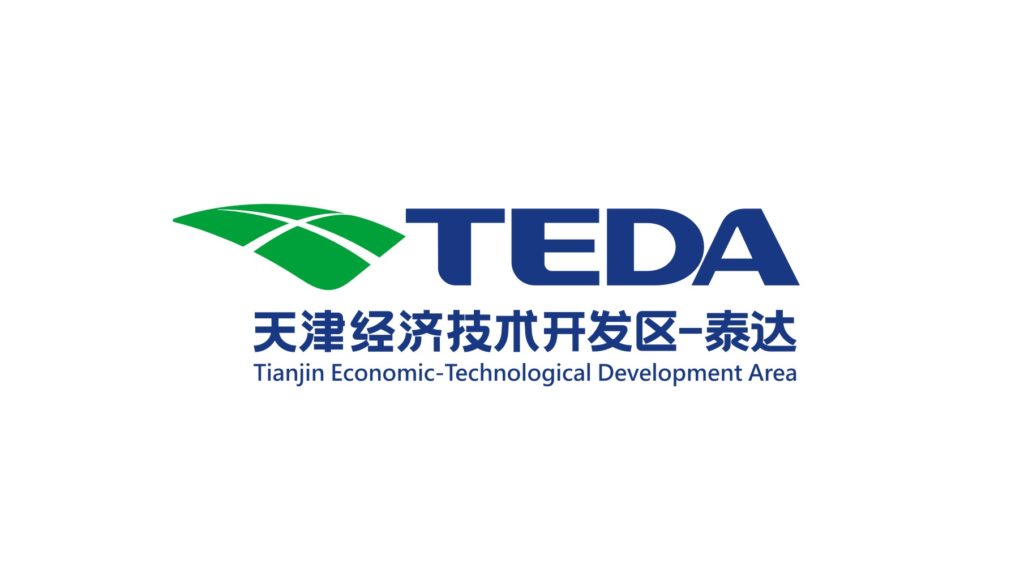 Tianjin Economic-Technological Development Area (abbreviated as TEDA and transliterated as Taida) was established on December 6th, 1984 as one of China’s earliest development zones. During an inspection tour in August, 1986, Mr. Deng Xiaoping, the Chief Architect of the country’s Reform and Opening-up, wrote down such a prophetic blessing, “Development zones are full of promise.” More than three decades later, TEDA has grown into a national-level development zone with the biggest economic scale, the fastest globalization pace, and the best comprehensive investment environment in China.

Sitting at the juncture of the Bohai Economic Rim and the Beijing-Tianjin-Hebei Province Megalopolis, TEDA is a key player in a series of national strategies such as the Road and Belt Initiative, Beijing-Tianjin-Hebei Province Collaborative Development, Tianjin’s Pilot Free Trade Zone, National Demonstration Zone for Indigenous Innovation, and the Development and Opening-up of Tianjin Binhai New Area. Backing on the vast hinterland market of North China, Northeast China and Northwest China while facing Japan and ROK across the sea, TEDA enjoys seamless connection to the entire Northeast Asia and the booming Asia-Pacific Economic Rim. It is a key interface and passage for China’s opening-up. Tianjin Port, the biggest international trading port in North China, and Tianjin Binhai International Airport, one of the country’s key air cargo hubs, are both within arm’s reach.

Mission of the BCECC office in Chengdu:

Lying between the Yangtze River and Huaihe River, the capital city of Anhui Province, Hefei, is an ancient city with a history of more than 2000 years. Covering an area of 7,266 square kilometers (about 2,805 square miles), it is the heart of Anhui’s culture.

Hefei is one of the top 20 emerging cities in China. Its gross domestic product (GDP) per capita exceeded $10,000 in 2014, so that the capital of East China’s Anhui province entered an era of “moderately developed”.

As one of the major cities in China opening up to the outside world, Hefei offers a sound investment environment for investors. Moreover, Hefei is playing a key role as the city is linking the east to the west and the south to the north.

Being an important base for science and education in China, Hefei is the first and sole Science and Technology Innovation Pilot City in China. Also, by making good use of the abundant resources of land and natural minerals and advantages in science and education, Hefei is now in a prime period with the highest speed in development and the best quality in economic operation.

What is more, Hefei is a comprehensive manufacturing-based industrial city, and the manufacturers located there are capable of producing everything from electrical appliances and daily-use chemical products, to specialized automobiles such as forklift trucks.

In addition to manufacturing, the city’s economy is founded on the following key industries: