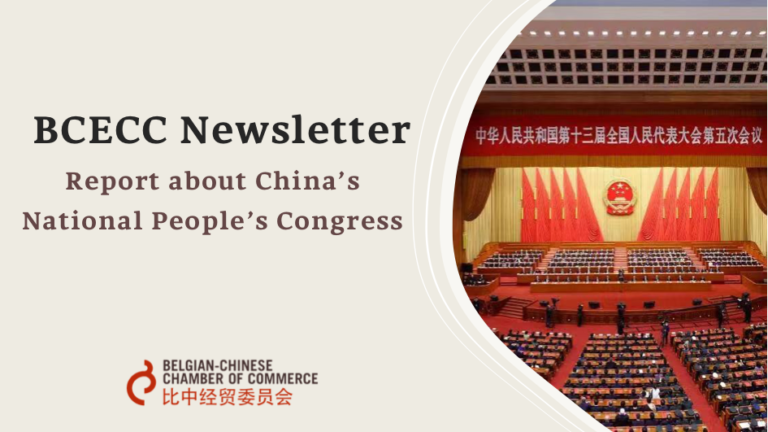 From Saturday 5 March to Friday 11 March, China’s National People’s Congress (NPC) was held in Beijing, also called ‘Two Sessions’. Same as last year, due to the national pandemic prevention and control requirements, the event only lasted seven days instead of the usual 10 days.

The Chinese Communist Party (CCP) uses the annual NPC session as a political platform for major policy efforts and to decide on long-term strategies. This year’s NPC is the second year in China’s 14th Five-Year Plan (2021-2025), which is set to make the country wealthier and more equal, growing China’s per capita GDP to the level of moderately developed countries and expanding its middle-class.

Compared to 2021, the outlook for 2022 is less optimistic. The Chinese leadership painted a gloomier picture of the many pressures facing the country. Premier Li Keqiang stated that “this year China will encounter many more risks and challenges”. He added: “We need to closely watch the latest developments at home and abroad. Right now downward pressure on the domestic economy remains substantial, with rising uncertainty in international landscape”.

China’s plan is to support the tech sector by increasing state funding in key areas, such as chip manufacturing and 5G infrastructure, keep a tight control on big tech players and push e-commerce in rural areas. The aim is to become a strong power with high-quality products and technologies and push China’s growth in the following years.

China will face continued weak consumption in 2022 and multiple pressures due to disrupted and vulnerable supply chains, a weak property market, rising commodity prices, ongoing economic volatility associated with Covid-19 and the situation in Ukraine. Despite these challenges, Premier Li announced an ambitious growth target of around 5,5% GDP growth in 2022, the lowest in a decade, but still exceeding expectations from most observers.

The Two Sessions are an important annual event in China’s political calendar, but the real focus this year is the 20th Party Congress, expected to be held in October or November, when the Communist Party will unveil its new leadership team for the next five years. It is expected that Xi Jinping will be confirmed for a third five-year term.

It is clear that China, the world’s second largest economy, is still ready to play a bigger role in the world’s future agenda and to share its achievements with other countries. All developments in China will not only impact China’s economic and social development in the next decades but will have a big impact on a global scale, also for European and Belgian companies. To support economic growth, the government has increased business tax incentives and business support measures, together with commitments to move forward on significant infrastructure projects.

It means that foreign companies are expected to enjoy better market access and reasonable treatment as China promises to provide an encouraging business environment for various companies in different industries. This approach will make China’s growth more sustainable and gives business opportunities to foreign and domestic companies to work together.

Please contact the Belgian-Chinese Chamber of Commerce (BCECC) in case you need more information about the China’s National People’s Congress or for all your China business related questions.