BCECC Newsletter: Football in Belgium and in China 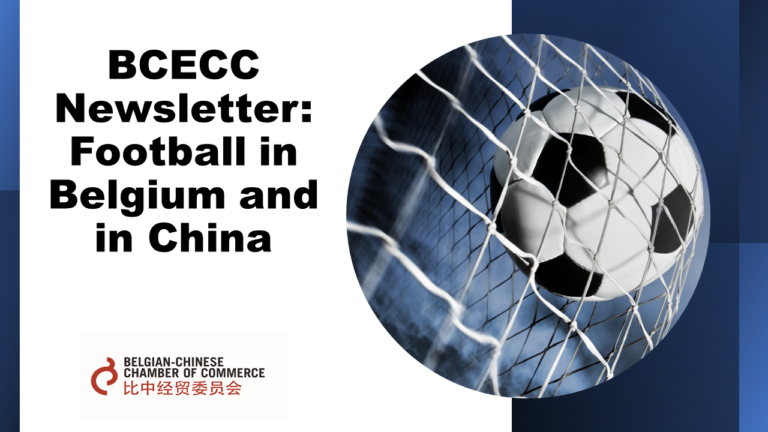 These days, Belgians are passionately watching the EURO 2020 football championships. The Belgian national team has top players in leading international competitions, which are followed by an estimated 300 million football fans in China. Many of them wonder: how is it possible that a small country, such as Belgium, is so much better at football than a huge country, such as China? Belgium only has 11 million inhabitants and is currently ranked 1st in the FIFA world ranking. China has 1,4 billion inhabitants and their national team is only ranked 77th.

Since President Xi became president, the hype around football started to grow in China. In 2016, the Chinese government released its Mid-to long-Term Plan for Chinese football (2016-2050). The plan prioritizes the promotion of football in schools, universities, companies and institutions across China. The objective is to have about 50.000 football schools by 2025 and 50 million people playing football. In 2030 or 2034, China even wants to host the World Cup, and by 2050, China needs to win it.

Following the development of the Chinese economy and new government policies, companies and wealthy individuals have invested large amounts of money in football. This is also reflected in the high prices which are being paid for broadcasting rights, for high profile football players and managers, and for well-known European football clubs on the Chinese market. European football clubs have built up both their online and offline presence in China and many high-profile players and coaches from abroad have joined Chinese teams. What’s more, some Belgian players (Witsel, Carrasco, Fellaini, Dembele, Masika) have played in China or are still active there today. The input of these star players and coaches have rapidly increased the level of Chinese football.

It is sure that China can learn from Belgium in different ways. First, Belgium could be used as a good example to China because of the structure of the Belgian football. Belgian youth football has a very clear pathway from regional to provincial level, over national up to the elite level. As a consequence, all players can play football at a level that fits and suits their needs.

In China, there are three levels: grassroots football, school football and professional football. The professional teams are part of the Chinese Football Association (CFA) and are divided in three leagues: CSL (first league; 中超), Zhongjia (second league; 中甲) and Zhongyi (third league; 中乙). However, at this moment, there are not enough professional teams to create more local leagues and maintain the quality.

Most clubs are too dependent on the goodwill of their sponsors, but they don’t have a loyal fan base in the local city or region. This is caused by a lack of football tradition and people playing football in the past. Furthermore, due to the lack of integration between the different levels, talented young players sometimes end up at the wrong level and do not reach their full potential.

The biggest improvement can be made in coach education. For this reason, the former technical chief of the Belgian Football Association, Mr. Chris Van Puyvelde, signed a four-year contract with the Chinese Football Association as a technical director in 2018 in order to set out goals for young Chinese players. Mr. Van Puyvelde works with the CFA’s task force to inspire Chinese youth coaches. In the long term, it is very important for Chinese coaches to take over this leading role in order to keep this level.

Finally, good results can only be achieved by following a consistent approach and not only increasing the level of the individual player and the team, but also raising awareness amongst the Chinese population and improving the structure of the Chinese football in general.

China’s ambition in football creates a lot of opportunities for Belgian SMEs. As a result of the Chinese government’s commitment, many stadiums and facilities will be built in the following years, offering business opportunities to Belgian companies involved with products such as artificial grass, audiovisual equipment, organization management and software, players and staff recruitment, medical assistance, coaching materials and classes, etc.