Outcome of the Two Sessions 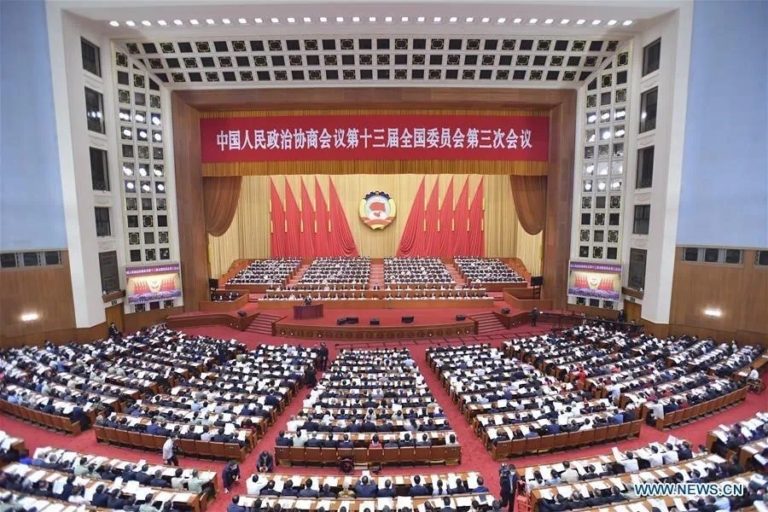 From 21 to 27 May the “Two Sessions” were held in China, the most important event in China’s political calendar. These meetings, also known as Lianghui, were originally planned in March, but postponed due to the COVID-19 pandemic. The Two Sessions are the two annual parliamentary meetings, where the two main political bodies of China – the National People’s Congress (NPC) and the National Committee of the Chinese People’s Political Consultative Conference (CPPCC)- discuss China’s plans for the coming years.

The Two Sessions are always of interest to China observers and foreign investors, but this year a particular interest was given to which measures the Chinese government would announce to revitalize China’s GDP hit by the corona crisis. In the first quarter of 2020 China’s GDP already plunged by 6.8% and some analysts expect another contraction in the second quarter. On the other hand, the country also showed excellent resilience as work and production resumed at a faster pace.

The year 2020 is especially important as it marks the last year of China’s thirteenth Five-Year Plan (2016-2020), the final year for China to build a moderately prosperous society in all aspects, and reach its goal to eliminate absolute poverty. The way in which the rest of 2020 develops – whether positively or negatively – could influence the drafting of the next Five Year Plan that will shape policies until 2025.

During the event Prime Minister Li Keqiang announced that – for the first time since 1990 – China would not set a GDP growth target for 2020 because of the high level of uncertainty caused by COVID-19 and its effects on the global economy. This year China will focus on qualitative goals, such as public health issues, creating jobs, alleviating poverty and opening up less-developed regions. Before COVID-19 struck, most analysts believed that the government would set its growth target at “around six percent”.

Premier Li announced a fiscal stimulus package of almost RMB 3.6 trillion (US$506 billion) to lead China’s economy recovery following the COVID-19 disruption. Different from the stimulus package after the 2008 global financial crisis, this time the government will target investments in “new infrastructure” such as 5G networks and new energy vehicles (NEV) charging stations.

Additionally, government officials called for the continuation or deepening of existing policy priorities, some of which may have been in doubt because of COVID-19. For instance, China will establish more free trade zones (FTZ) and bonded areas in central and western regions, further shorten the negative list for guiding foreign investment, cut more taxes, and continue pushing the Belt and Road Initiative overseas.

One major development was the government’s announcement of a national security law for Hong Kong. Party leaders hope that the law will lead to more stability in Hong Kong, but Belgian companies with operations and commercial partnerships in the territory do look at this evolution with concern.