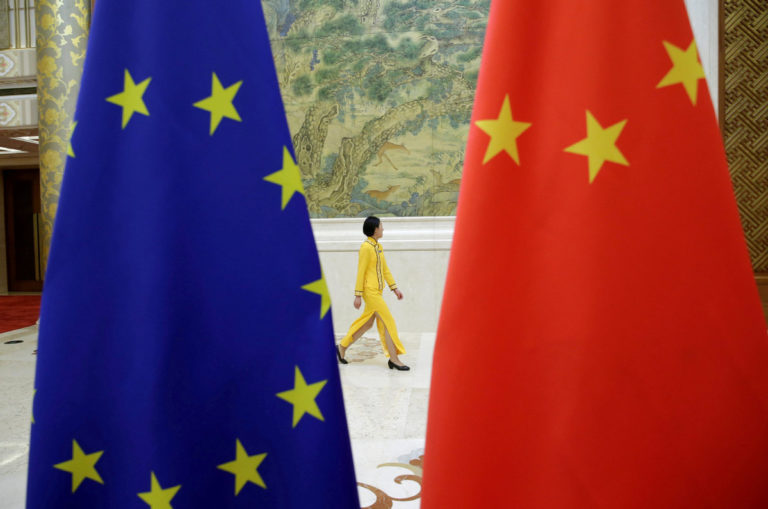 Bernard Dewit, chairman of the Belgian-Chinese Chamber of Commerce, is aware of the huge challenges ahead in the negotiations of the Comprehensive Agreement on Investment between China and the European Union, but he sees encouraging signs even as COVID-19 has inflicted a huge socioeconomic toll around the world.

China and the EU have continued their talks on the CAI through videoconferencing in the past months, with the 28th round held late last month. The next round will take place from Monday to Friday.

In phone calls between Chinese Vice-Premier Liu He and European Commission Vice-President Dubravka Suica on April 17, and between China’s EU Ambassador Zhang Ming and European Trade Commissioner Phil Hogan on April 28, both sides pledged to speed up negotiations. Leaders hope to conclude the deal by the end of the year.

Dewit referred to the continued talks during the height of the epidemic as a good sign.

He described the current European Commission, headed by President Ursula von der Leyen, as “more active, more pushing to reach an agreement than the previous one”.

Dewit, a lawyer, has been engaging in China-Belgium economic and trade investment cases since 1983.

The negotiation of the CAI is expected to replace all bilateral investment treaties EU member states have individually concluded with China. Ireland is the only EU member that does not have such a treaty with China.

Dewit stressed that market access and state subsidies are still the two major issues in the talks, which first started in 2012.

While the EU claims to have open market access, Dewit expressed concerns over the rise of protectionist sentiment in some member states, especially after the pandemic ravaged their economies. Some members of the European Parliament have also been pushing for more scrutiny of Chinese investment.

Dewit said that if the EU wants China to give more market access to EU companies and cut its state subsidies, it also needs to be more open to Chinese companies that want to invest in Europe or take over European companies.

In his view, Chinese investment has already played an important role in the economy of some EU member states, such as Greece with the Port of Piraeus.

Dewit noted that Europeans are interested in cooperating with China and that there are many cooperation programs going on between the European Commission and the Chinese government.

He said Europe and China have much in common given their long histories and resilient cultures. He advised young people to conduct more exchanges to have a better understanding of each other and to avoid misperceptions.

Dewit said he believes that the pandemic has taught people that national solutions are not global ones. Universities and research centers in various countries are joining hands to find a vaccine earlier.

He said he was deeply impressed by China’s success in fighting COVID-19, given its 1.4 billion population.

“And it’s not easy. I would say the Chinese people were very courageous,” he said, referring to the months of strict lockdowns to control the spread of the virus. “I must say, congratulations!”

Dewit praised the optimism of the Chinese people during the fight.

“That is something we can get some inspiration from,” he said.